I love American Dry Flies. For more years than I care to remember I have fished with varying degrees of success, a progression of well-known and obscure American patterns on my native dales rivers. Chief among these dry flies are three excellent patterns from Wayne “Buz” Buszek. The Float-N-Fool, Kings River Caddis and the Strawberry Roan.
A friend of mine put me on to these three winning dry fly patterns, and gave me a handful of superbly tied examples when I visited her in Fresno, California many years ago. Try as I might though, I couldn’t find any information on the patterns until I received a copy of Mike Valla’s excellent book “The Founding Flies”. Here in his book, Mike traces the history of 53 classic American flies and the three patterns pop up in his chapter on the Californian fly-tier and flyshop owner Wayne “Buz” Buszek. It was interesting to read about Buz Buszek’s influence on a generation of American flytyers such as the great Don Lieb and Jack Dennis, and no wonder. Buszek’s fly patterns have that unmistakable fish catching look about them, and have happily over the years brought huge numbers of trout and grayling to my waiting net.

This high floating dry fly is a great terrestrial pattern to use on slow runs and glides. Here trout and grayling leisurely pick off dead or dying insects trapped in the surface film. And as late afternoon turns into early evening, the wing post and tail of white calf-tail, give this fly the added advantage of being highly visible to the angler squinting in the last hour of sunset.
It is a superb fly for casting under margins of low laying trees, its highly visible wing post of calf-tail being easily seen from some distance. I also use the Float-N-Fool as a general searching pattern in the boulder-strewn reaches of the freestone rivers and streams. The fly is highly buoyant and easy for the eye to pick up in the most turbulent of currents. 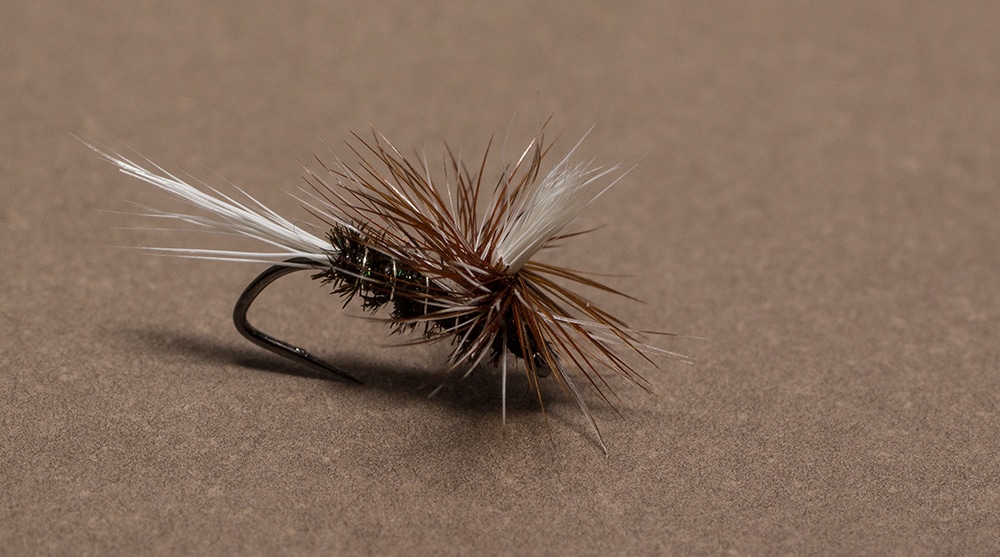 There is something about a good caddis pattern that just seems to stand out from the crowd, and this is one of them! Buszek’s Kings River Caddis has that unmistakeable sedge like profile and the ability to float through some of the best riffles. Reading Mike Valla’s excellent book, it is clear to see that Buszek’s Kings River Caddis is one of America’s keystone fly patterns. In that its use of folded mottled turkey quill tied in by the tip has been readily imitated by generations of later anglers. Wayne “Buz” Buszek created this fly in the 1950’s whilst fishing the Kings River in California. His idea of tying in turkey quill by its tip makes the wing less prone to splitting. And its undersized hackle allows the fly to sit lower in the surface film keeping the wing parallel with the water’s surface. I often include a CDC feather under the turkey quill to greater aid floatation and give this outstanding caddis pattern a greater kick! 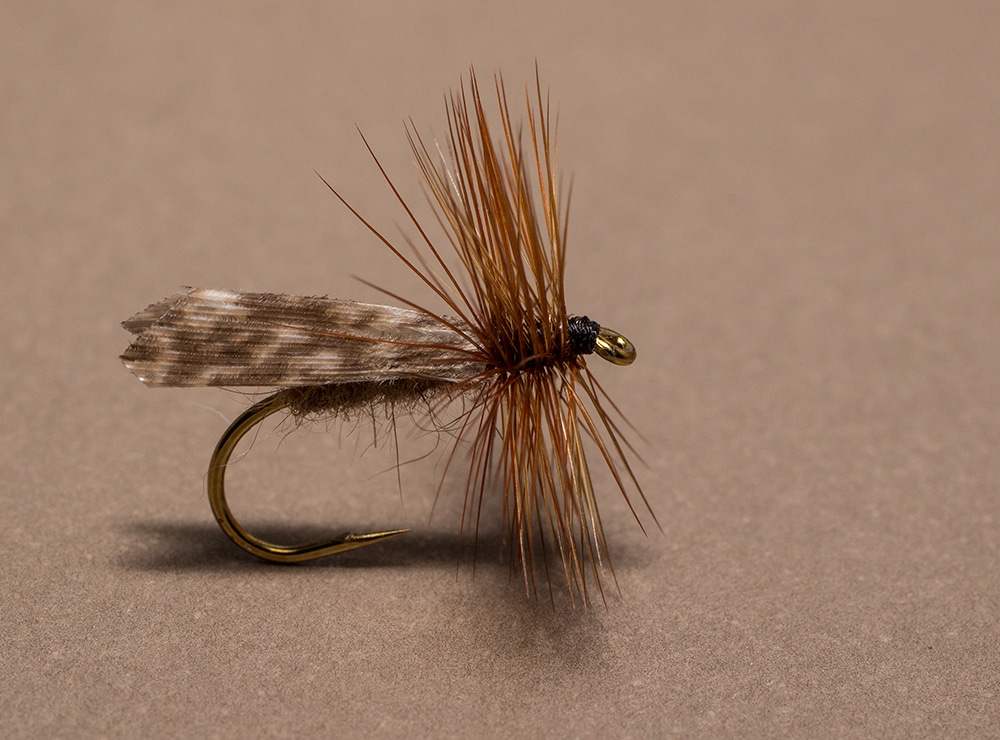 With its peacock herl body and mixed brown and grizzle cock hackles, the Strawberry Roan ticks all the boxes needed for a successful fly pattern. Indeed, so effective has this pattern been on autumn and winter grayling, a pal of mine has on more than one occasion, raided my fly-box for it, whilst I am still struggling into my waders! The fly has that “Adams” quality about it, it looks like nothing and yet imitates everything.
When fishing small tributaries and the upper reaches of the Wharfe, I have cast this diminutive Californian dry fly pattern into likely spots and have been amazed by its effectiveness. 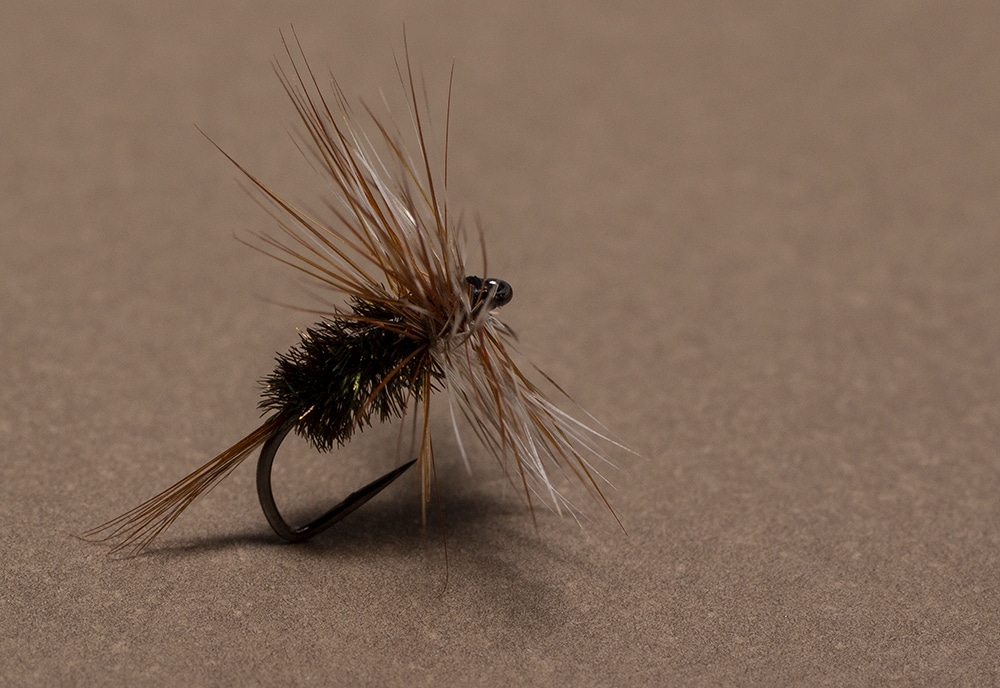 What makes these three Wayne “Buz” Buszek flies great, is there versatility. Like all the best flies they have that undefined trigger-point. Something that appeals to trout and gives confidence to the angler. Quite how you define a “fish-catcher”, is in many ways unknown to us anglers and fly-tyers. However, these three simple Californian dry fly patterns have that undeniable quality.
©The Sliding Stream 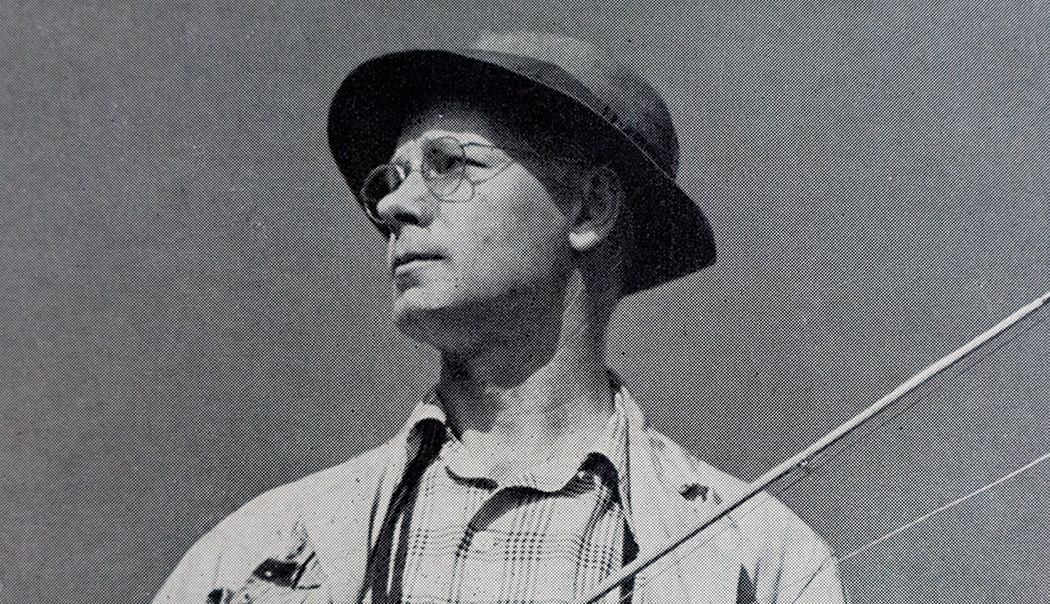 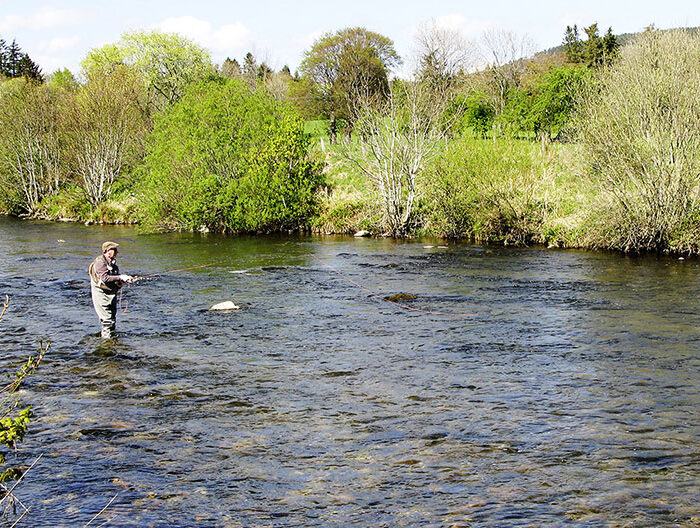 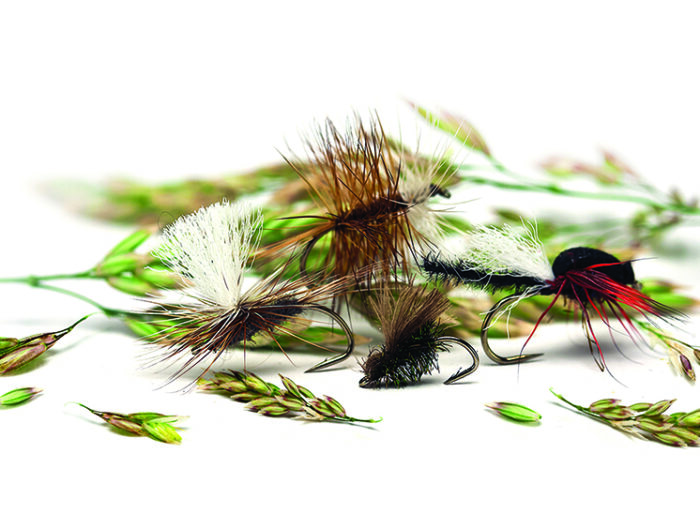