In last post I began a journey through the northern Dales of Yorkshire in search of fly patterns and fly fishers who have now largely been forgotten by today’s modern angler. In spite of being largely overlooked many, these lost patterns can still be relevant to fish catchers on today’s northern rivers and streams and should, not only be preserved, but more importantly fished!

When Thomas Evan Pritt perused the large collection of angling books belonging to Leeds Library he must surely have unearthed some treasures. Many people have been under the assumption that Pritt was given many of his dressing by William Brumfitt, a then leading angler on the river Wharfe. This may be correct, as Brumfitt did dress some of the flies that Pritt illustrated in Yorkshire Trout Flies and North Country Flies published in 1885 and 1886 respectively. However, an earlier list of Wharfedale Flies was published in 1842 by Joseph Wells. As well as these Wharfedale Flies, Wells also lists Artificial Flies for Trout and Grayling and Flies for Chub. Of the sixty two flies listed in Pritt’s book, twenty seven appear in Wells earlier publication. So it is interesting to suppose that Pritt may have gotten a large part of his fly list from the Wells’ book.

The Small Black Hackle (Joseph Wells)
Hook – Size 16
Body – Purple Silk
Hackle – Feather from a Starling (Obviously starling neck)
Head – Magpie herl.
This little fly is fast becoming my go to fly when small midges and gnats are found on the water’s surface. I often fish this pattern singularly to trout rising in the shadows of over-hanging trees and bushes.

The name of William Lister will be unknown to almost all readers of this magazine; however several years ago a manuscript in the form of a fishing diary was sold at auction. This was the diary of William Lister and dates back to the early 1700’s. It features a detailed list of flies that predate the pattern lists of Pilling and Swarbrick, and so is thought at present to be the earliest list of Yorkshire trout flies.

Yellow Watchit (William Lister)
Hook – Size 14
Body – Green yellow silk, dubbed with Water rat or lighter black of a hare’s scut (tail)
Legs/wings – Green yellow for feet light Fellfors (fieldfare)
Although this fly is patently not a “North Country Spider” in the modern sense, it and others from the Lister manuscript do point to the genesis of the spider patterns of the north.

As a homage to the memory of William Lister I have on a couple of occasions cast this pattern on its spiritual home beats, and am delighted to say that three hundred odd years later it can still deceive the odd trout.
To catch a trout on a fly you have dressed yourself is something special. But to dress a fly that you know is so old and important, and then fish with it on its home waters with the added bonus of a trout is a thrill beyond words. Clearly this early watchet pattern is an attempt at an imitation of a Baetis of some kind. If anyone has more information on William Lister and his fly patterns I would be interested to find out more.

From the ancient we come to the relatively modern Lupton’s Fancy. This was the creation of Philip Lupton with the collaboration of the famed Derbyshire fly-dresser Roger Woolley. Lupton was born in 1894 and grew up in Middlesbrough before moving to Harrogate where he joined the Harrogate Fly-Fishers Club and becoming secretary in 1932. Lupton’s Fancy was for many years a popular pattern for the river Nidd where Lupton enjoyed his sport on the Harrogate Fly-Fishers beats.

Although I don’t fish the river Nidd where this fly was born it has nevertheless helped me deceive trout and grayling on the beats of Kilnsey and Burnsall when the olive uprights are coming off the surface. Quite what the trout and grayling see in the herl head on a dry fly I don’t know, however it works!

A familiar landmark to anybody who fishes in Wharfedale, the Red Lion Hotel occupies a prominent position beside the River Wharfe in the village of Burnsall. Apart from being the long-time spiritual home of the Appletreewick, Barden and Burnsall Angling Club, the Red Lion was also home to one of supreme anglers north country anglers of the day, John Willie Binns. Born and bred in Burnsall, Binns became the proprietor of the Red Lion in the late 1800s before moving on to own the New Inn at Appletreewick. Although not a member of the Burnsall angling club himself, Binns was well acquainted with several of the club’s famous members, and is known to have fished with the likes of Whittaker, Hart, Lister and Walbran. One fly that Binns was known to hold in high esteem was the Smoke Fly, although this pattern has been attributed to J.W. Sagar due to it being included in the Beanlands List of Wharfedale Flies in may in fact have a different origin as it was also known to be a favourite fly of Sylvester Lister one of the founders of the Appletreewick, Barden and Burnsall Angling Club. I personally prefer the Lister’s dressing as it often gets me a few trout when the our northern rivers are at low summer levels.

Anyone who is familiar with Richard Clapham’s excellent little book Trout Fishing on Hill Streams published in 1947 will be familiar with a pattern called Lee’s Favourite, and how over a period of time Clapham forsake all other patterns in favour of the Lee’s Favourite.
The pattern was originated by John Lee of Bishop Auckland, County Durham. Lee brought the pattern to the attention of William Cummins founder of the famous tackle firm who included it in his firms fly catalogues for a number of years. In all probability this was where Clapham first came to know the pattern. In his book, Clapham testifies to the patterns effectiveness on Beck, River, Tarn or lake, and having fished this pattern for many years I can confirm Clapham’s statements. It is without doubt one of the best trout flies ever devised for northern rivers and streams.

I hope you have enjoyed discovering or at least being reacquainted with these lost flies of the Yorkshire Dales. Their story is not just about the catching of trout and grayling, but more importantly it is about a hidden seam of fly fishing history that runs through the Dales landscape. These flies and their creators deserve to be much more than simple curios, the flies are just as effective in deceiving today’s trout and grayling as they were when they were first invented, and their originators just as relevant today as then. Anglers and fly-dressers like Jimmy Blades and John Willie Binns were amongst the leading anglers of their day, and they formed and shaped the notions of what we now recognise as North Country School of fly-dressing and fly fishing. The works of Pritt, Walbran and Edmonds & Lee are harvested from the mouths of people like Blades, Emmott, Sagar, Binns and Sylvester Lister. We owe a debt of duty to the anglers of the past not to forget their traditions and creations. After all today’s Klinkhammer may become tomorrow’s Lupton’s Fancy! The Lost Flies of the Yorkshire Dales Part One 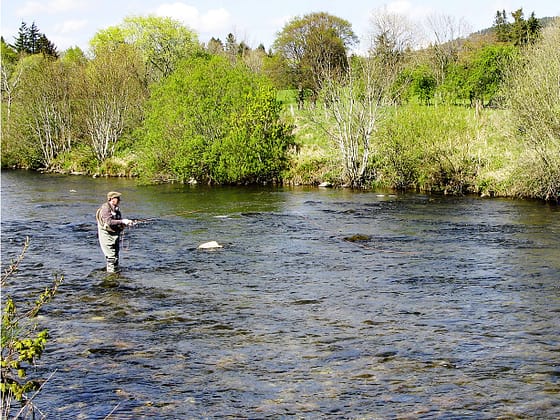 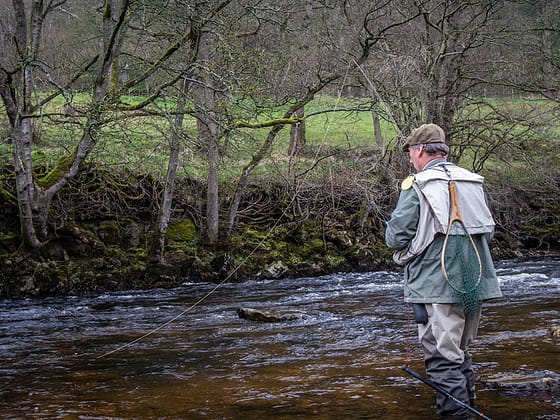