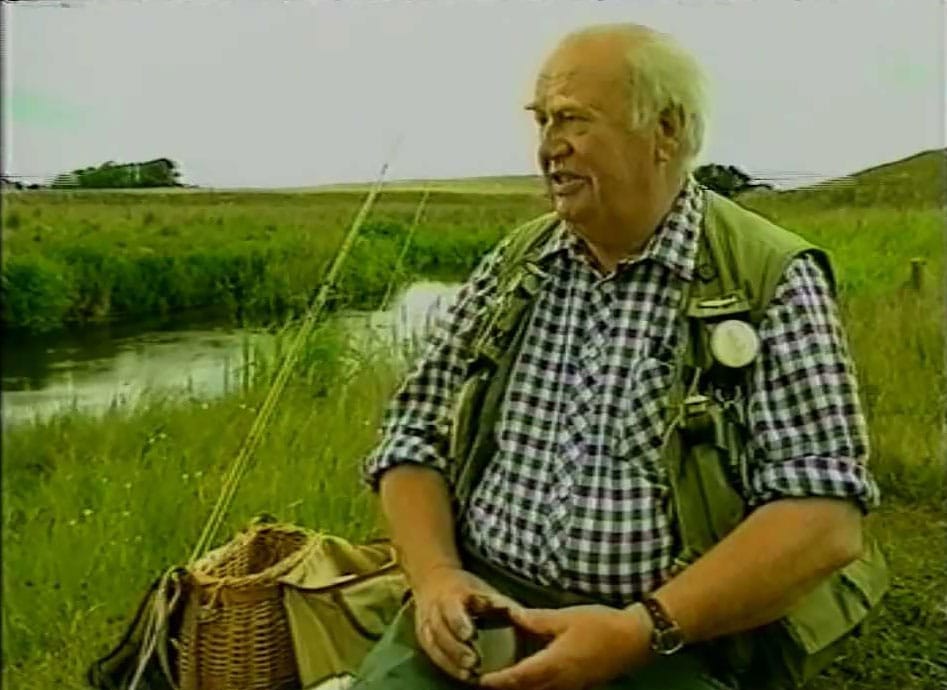 A few months ago, whilst clearing out some junk from the bottom draw of my flytying desk, I came across a bundle of faded and stained papers. They were a series of emails that I had printed off over twenty years ago, and had laid forgotten under a pile of old fishing magazines. Despite the intervening years, I knew instinctively what these papers were as I pulled them from the recesses of the bottom draw.

They were a product of the early days of the internet, when I struck up an unlikely and sporadic correspondence with one of Denmark’s most famous flyfishers. I had the pleasure of meeting him many years earlier when he visited the UK to take part in one of the “Partridge Flytying Days”, organised by the famous hook manufacturer. These were the days before the endless profusion of nondescript Pro-Teams. Days when flytyers, didn’t need to hide their self-consciousness behind the logo on a shirt.

As I ambled into the room in my Army & Navy duffle coat, Jethro Tull sweatshirt and unkempt long hair. I gazed around and took a spot nestled in a small gathering ahead of the nearest flytyer. Memory fades and I can’t remember his name, other than to say that he was a Stillwater angler from “down-south”. Bored at the thought of endless marabou and lures, I shuffled sideways on to the next table. And was met by a rather rotund gentleman in what can only be described as the worse fitting clothes I have ever seen.

His striking bushy eyebrows raised, as he looked me over a couple of times and we started to exchange pleasantries as he dressed a small dry fly. His name was Preben Torp Jacobsen, Denmark’s pre-eminent flyfisher and fly-tyer of the day. Through the course of the day’s event I kept coming back to Preben’s table and listened intently to his ruminations on flyfishing and flytying. He seemed both a jolly, and somewhat of an irascible sort of chap when compared to the other flytyers in the room. But nevertheless, there was something about him that you couldn’t help but warm to. He dressed a range of small dry flies, whilst talking about classic flyfishing literature. The names of Skues, Grey and Halford dropped off his tongue as his fingers weaved their magic.

On that day, he was simply different to every flytyer in the room. There was a kind of gravitas to him that the other more famous flytyers lacked. In an age when manmade materials were starting to make serious inroads into the world of flytying, Preben Torp Jacobsen as befitting a veterinarian, was very much a connoisseur of natural materials. So much so, that conversation turned to the benefits of raising one’s own poultry to get the correct hackle shades. Something, I had no interest in, but nevertheless, I listened intently as this most knowledgeable of anglers and flytyers held court. We chatted about such luminaries as Dr William Baigent and his pioneering work on genetic hackles, and the great Oliver Kite, who Preben new well and dedicated a fly after. In a great gesture of kindness as I left his table for the last time that afternoon, he gave me a couple of the dry flies he had tied, and a Blue Dun cock cape from one of his own chickens. They were immediately put to good use! 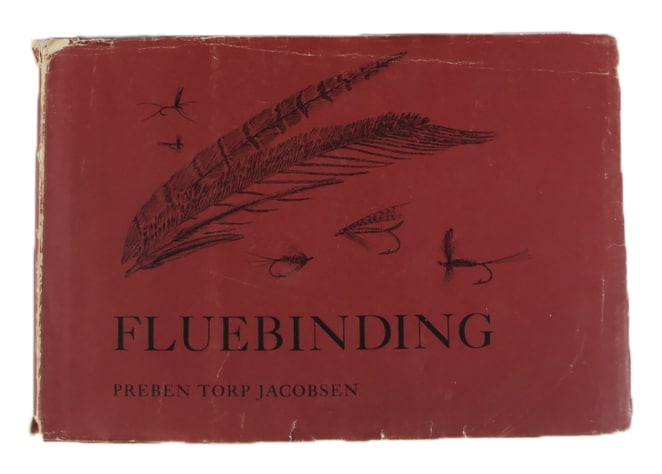 The “Old Dane” left a lasting impression, and a couple of years later when an old friend of my father’s came over to visit us from Denmark. I arranged for a copy of Preben’s book Fluebinding to be brought over. Needless to say, it was all in Danish and I couldn’t understand a word. But there was an enchantment within it pages and its superb elongated format, allowed the book to be open whilst flytying. Later, I bought a copy of his Flies from the Flyleaves of my Diaries, thankfully translated into English! It is a delightful book of reminiscences and fly patterns garnered from the many flytyers and anglers he had come into contact with over his lifetime. In the book he delightfully pays respect to the originators of the patterns, whilst still maintaining a healthy and honest view on its merits and possible improvements. And it is with this slim, mixed volume of patterns and recollections, that my enthusiasm for Jacobsen and his Ålestrup trout streams really started to grow.

Years later, with the burgeoning of the early internet, I came across Preben once again. He had set up his own personal website, and was in many ways pioneering the way flyfishing and flytying would be represented on the early stages of the internet.
Though Preben has long since left us, his vast knowledge is still joyously alive in the not so ephemeral reaches of cyberspace. And thankfully, the remnants of his old website is still active and can be found at http://www.flyleaves.dk/index_gl.htm His website was in many ways, an unintentional and undeveloped pre-cursor to today’s multitude of flyfishing flytying blogs. Ironic!

and I would urge any interested reader to search out these Jacobsen articles. Preben’s article on North Country flies on blind hooks, is the reason why today I use straight-eyed hooks for all my spider dressings. And his detailed description of the traditional way of dressing a north country spider has in many ways become the cornerstone of my own tying technique.

After reading this piece on North Country Flies, I plucked up courage and emailed him and reminisced about the day spent in his company at the flytying event many years earlier. Over the course of a couple of years a rather fragmentary correspondence developed as we both debated long and hard about classic fly fishing literature and flytying. Packets of game and poultry hackles were joyously exchanged between two of the most unlikely of correspondents.
He was ever forthright in his views on a subject, that he literally lived for, and sometimes his emails in broken English were very hard to follow. As mine were probably to him. But I look back with a fondness on my short-lived correspondence with the “Old Dane”. He had like me, had opinions that you simply couldn’t shift. And I respected and loved him for that.

Preben Torp Jacobsen, was in many ways one of the central characters in my education as an angler and flytyer. Though, now sadly forgotten outside Denmark and Scandinavia, his legacy deserves to be kept, and his writings searched for. You will find a great store of knowledge those treasured Flyleaves. 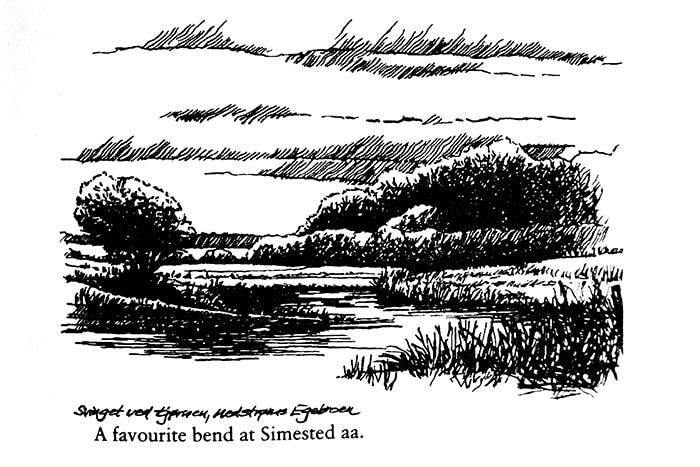