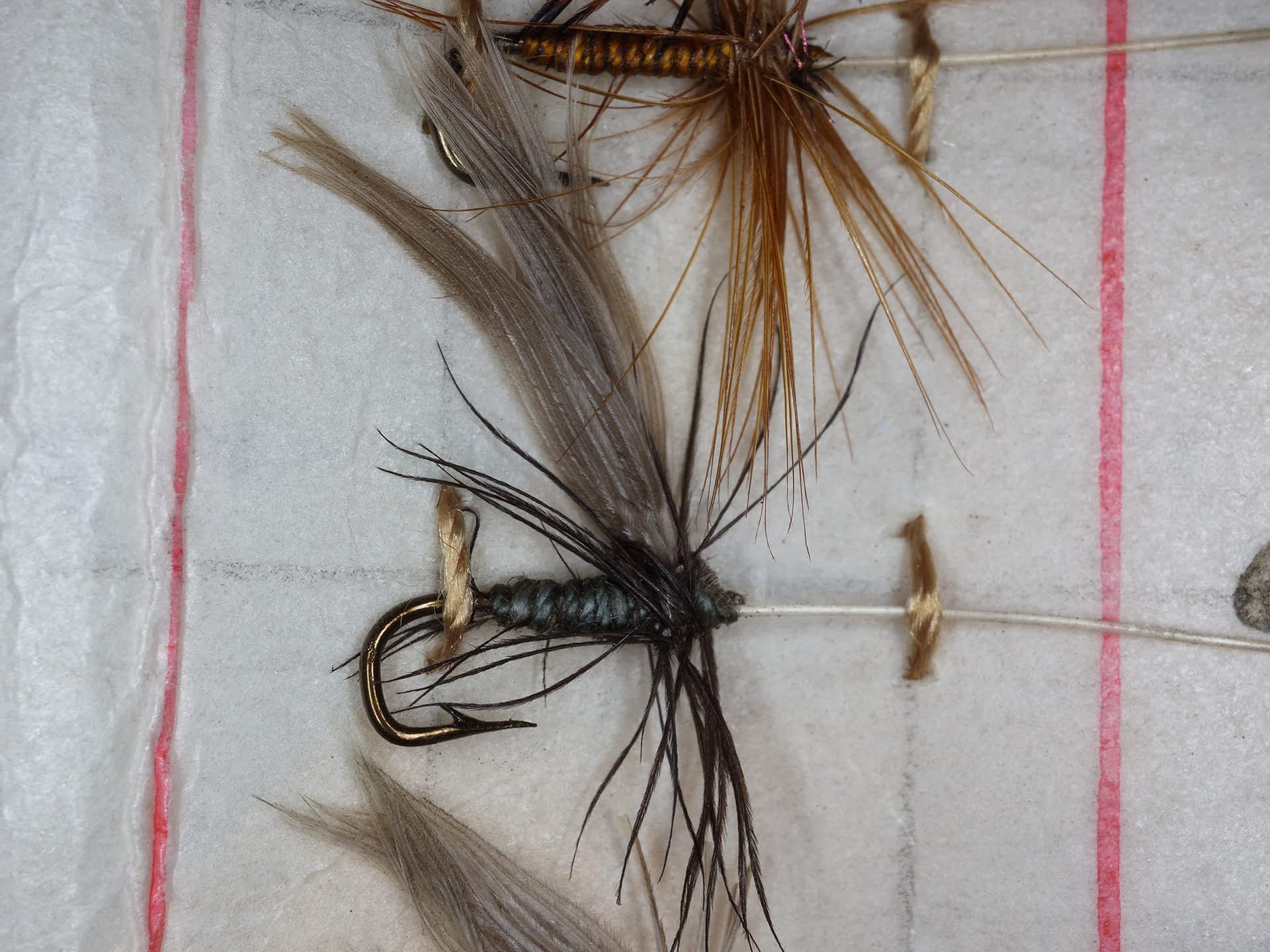 A Curious Case Of A North Country Spider Dressing

In the wide gamut of curious names ascribed to north country spiders, the old fly-fishers of Wharfedale had it appears a penchant for the plain obscure. To the casual reader, unusual fly names predominate the many fly lists and handwritten manuscripts associated with fly-fishing on the River Wharfe. And it is easy to become bewildered by the array of old colloquial names for various game and songbirds which frequent the pages of many Wharfedale fly-fishing lists. Indeed, the inclusion of words such as Bloa, Blows and Watchet regarding the colouration of a natural insect and its corresponding artificial fly sometimes takes the level of bewilderment to a stage bordering on insanity!

And as though not happy with their lot, the old timers threw into this maelstrom of obscurity the neat trick of substituting hackles. Making it almost impossible to judge where substitution ends and invention starts. The old Otley angler and flydresser William Robinson gives us a classic example of this conundrum. In his fly manuscript he lists the Winter Brown and the Brown Owl as the same pattern dressed with a hackle taken from the outside an owl’s wing. As both the fly patterns were well known on the river Wharfe and throughout local angling circles, it is plausible that Robinson simply made a mistake and confused both patterns when writing his list. Certainly, he’s not the only one to confuse the naming of local fly patterns, a browse through the many Wharfdale fly lists shows many fly names and dressing mixed and jumbled up.

So, what of the Summer Goose? Well, a cursory look at Jonathan Pickard’s 1820 list of north country spiders uncovers an obscure fly called the Summer Glory with its dressing of –

#No.4 The Summer Glory

So, what’s so interesting about this obscure Wharfedale trout fly? Well, does it metamorphose into another pattern, or are later flydressers mixing up dressings again? Well, let’s see…
In James Whitaker’s manuscript of Wharfedale flies he lists Pickard’s original dressing but renames the fly “Summer Goose”.

But curiously William Robinson of Otley later in his own Wharfedale list of fly patterns includes a fly called the Summer Goose but with a different dressing.

And as we can see, the names of the two flies Summer Glory and Summer Goose are very similar, and the dressings likewise. Although, including a herl head and the use of a darker hackle confuses the matter somewhat. Is it too far of a stretch to say that these two patterns share a common origin? I think not. In fact, if we continue our travel down through the years and subsequent Wharfedale fly lists, we find that the Summer Glory has disappeared and that the Summer Goose with its new dressing is being listed instead. An example of this is William Brumfitt’s List of Wharfedale flies, where he gives the same dressing as Robinson. Possibly explained because Robinson and Brumfitt were related, and that Brumfitt is keeping up the family tradition of tying and fishing this dressing. But wait, this is Wharfedale after all, someone needs to throw the proverbial spanner in the works!

Enter stage right, another famous Wharfedale angler and flytyer Thomas Chippendale. It is believed that Chippendale was an apprentice to Brumfitt and was allegedly taught to dress flies by the great man himself. So, you would assume that the Brumfitt’s and Chippendale’s dressing would be the same. But no, Chippendale inexplicably reverts to the earlier Pickard dressing of 1820, but confuses the matter even more by keeping the new name of Summer Goose.

It could be, of course, that Tommy Chip had at some point access to Pickard’s 1820 list and simply attributed the Summer Glory with the now more familiar Summer Goose and copied the wrong dressing. Sadly, we will never know. But the Summer Glory or Goose gives an example of just how bewildering the origins of the various Wharfdale and wider north country spider patterns can be. Not only did the old boys swap and substitute materials, but they also swapped or changed names of the same fly!

But what of the rather strange name given to this fly pattern with no goose feather used in its dressing. In their fly lists and manuscripts, all the Wharfedale flydressers give the prescribed month for fishing this fly as March. But the only reference I can find regarding “Summer Goose” is in relation to the feast day of St Martin. which falls on 11th November.

Legend has it that when the young Martin was accosted by a half-naked beggar on a bleak day in November, he took pity on the poor unfortunate soul and cut his cloak in half and gave half to clothe the beggar. Upon seeing this generous act, God was so pleased that he let the sun shine warmly on the saintly half cloaked Martin for several days, until he could repair his cloak. And it is thought ever since that God has commemorated Martin’s act of kindness by sending us a few days of warm weather each November becoming known as a “St Martin’s Summer”. But what of the goose?

Well, it seems Martin’s Christian piety didn’t go unnoticed, and much to his alarm, he was to be elevated to Bishop of Tours. Having got wind of his coming ordination, the shy Martin ran away and hid in a barn, but his place of hiding was given away by the honking of a noisy goose who attracted his Church pursuant to his place of hiding. After his ordination, Martin, of course, takes revenge on the noisy goose and has it killed and served for dinner, establishing the old tradition of eating goose on St Martin’s Day. It also explains why “St Martin’s Summer” is often called the “Goose Summer”.

St Martin’s story also has an interesting twist in the tail for us fly-tyers. With many species of spider migrating over long distances with the aid of an autumnal breeze. On sunny, breezy days in November spiders will drift through the air attached to their silken threads. After coming to ground the spider releases the thread that carried it along, and the stray threads are often seen drifting with the breeze and shimmering in the “Goose Summer” sunlight. It seemed appropriate to call it “Goose Summer” thread or, as we know it today, gossamer! 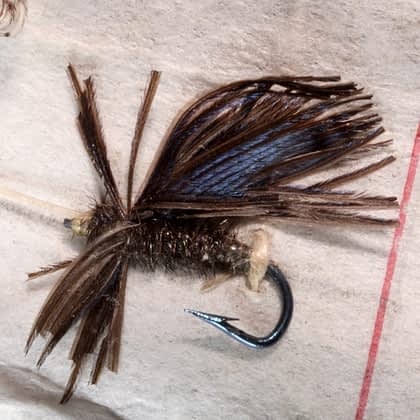 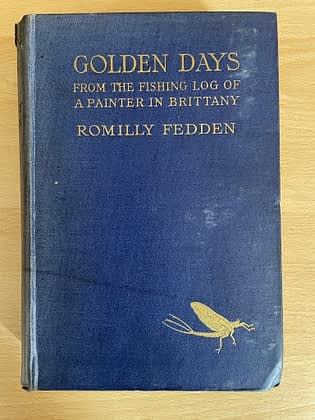 The Golden Days of Romilly Fedden